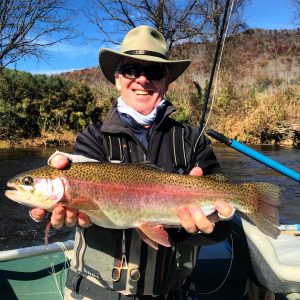 Many of our trips are on the Delayed Harvest sections of the Tuckasegee in Webster and Bryson City.   Both of these sections are heavily stocked in October, November, March, April and May.   The delayed harvest provides some of the best fishing in Southeast.   Anglers will catch plenty of Rainbow and Brook Trout as well as stocked and wild Brown Trout. 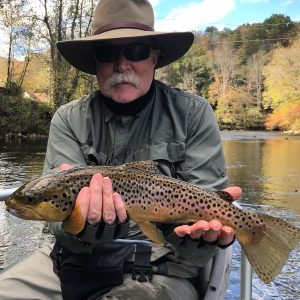 It is not uncommon to find trout 20″ and up on these float trips.   You may land yourself a monster Brown or Rainbow or a chunky Brook Trout.   Brook trout here can be well up into the six to eight pound range. 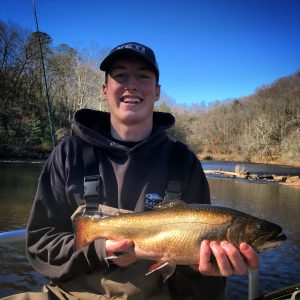 Longtime client Brenden with a very chunky Brook Trout from a recent float with guide Jason Cole. Float trips in Western North Carolina have been on fire lately. November 22nd, 2017

Winter fishing on our floats trips do not slow down.   This is actually some of the best fishing all year.   The tailwater of the Tuckasegee will produce good numbers and big fish all winter long.   The river is also less crowded than the fall and spring months and some days you may even have the river all to yourself. 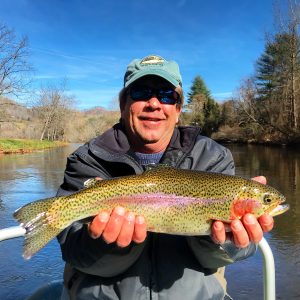 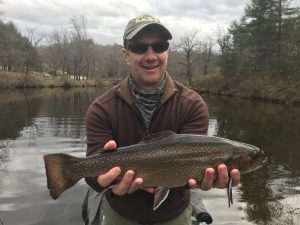 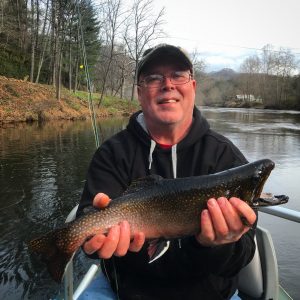