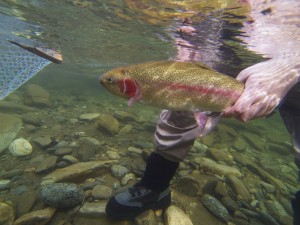 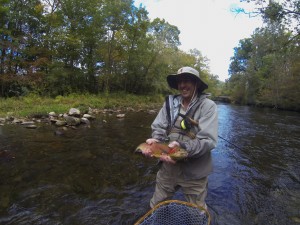 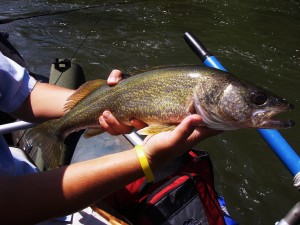 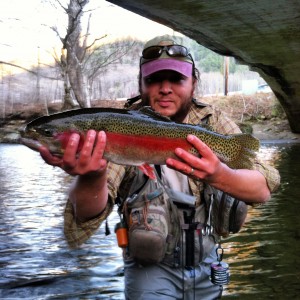 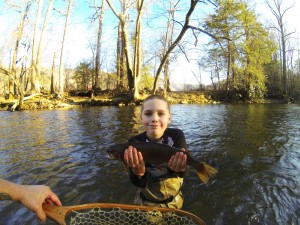 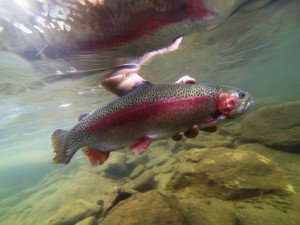 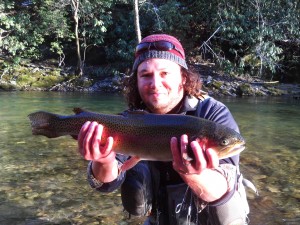 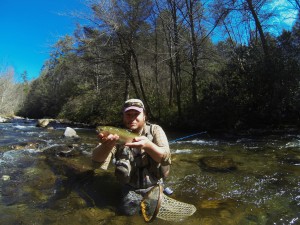 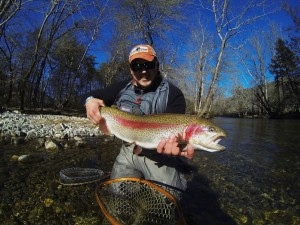 Jalen with a massive rainbow on the Cherokee Trophy Section 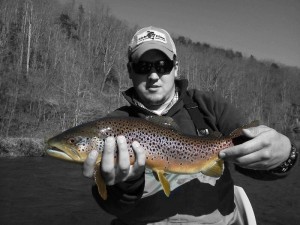 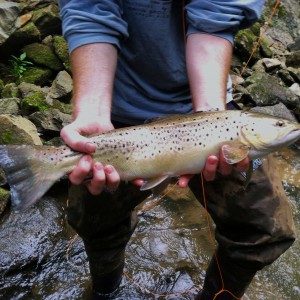 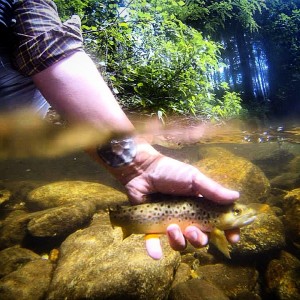 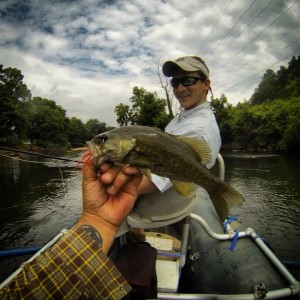 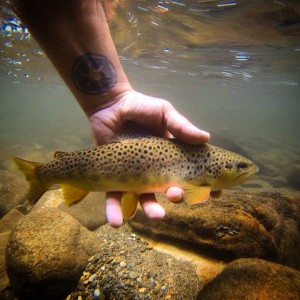 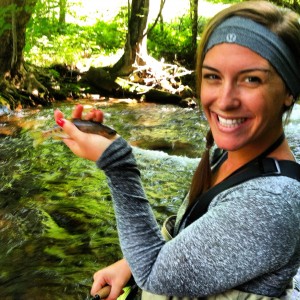 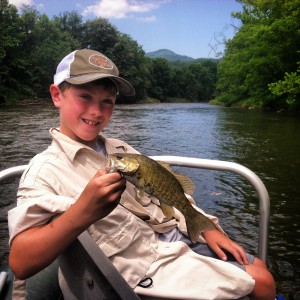 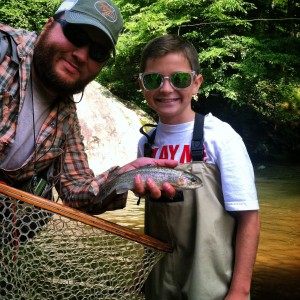 In the fly fishing business there is nothing more rewarding than seeing a kid catch his or her first trout on the fly. 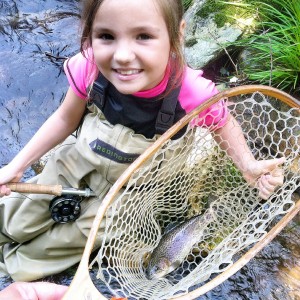 Eight year old Savannah with a nice Rainbow she caught on a dry fly. June 2014