The Nantahala River is known the world over for its great white water action, and is a place that truly exemplifies a great trout river.  The Nantahala is listed as one of the nation’s top 100 by Trout Unlimited.   It has also been featured in Eastern Fly Fishing Magazine, North Carolina Sportsman, Trout Magazine, and countless others. The Nantahala River is the most diverse fishery in all of the state. It is arguably one of the finest rivers in the South Eastern United States. Nowhere else can you fish so many different types of water in the same river system!  From tight Mountain Laurel choked headwaters, laden with Brook Trout, to a very impressive tailwater supporting some of the baddest Brown Trout in the state, the Nantahala has something for every taste. 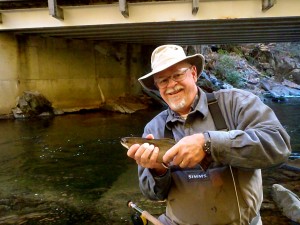