Hookers Fly Shop and Guide Service offers guided fly fishing on the upper and lower section of the Nanatahala.  Many of our guided trips on this river are in the Nantahala Delayed Harvest Section.  This section is more wader friendly than the lower section.  For the more experienced anglers the lower Nantahala offers some of the best fishing in the area.  Many big rainbows and browns roam these waters.  The Nantahala River is known the world over for its great white water action, and is a place that truly exemplifies a great trout river.  The Nantahala is listed as one of the nation’s top 100 by Trout Unlimited. It has also been featured in Eastern Fly Fishing 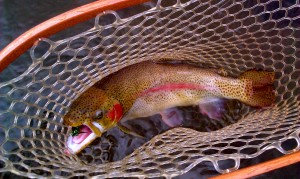 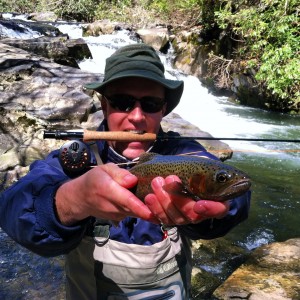